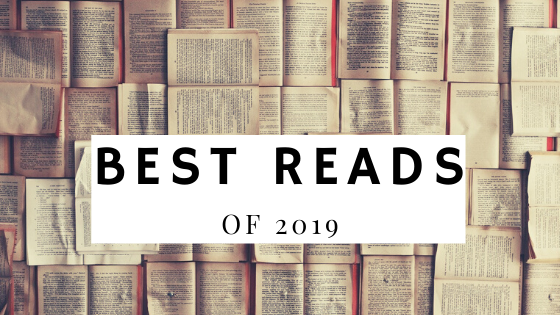 This year I managed to read 15 books. Of those 15 that I read, three were stand out best reads of the year. Here they are:

This was by far the best read of 2019. Rebecca McLaughlin’s insights and arguments are first class and although she doesn’t really bring anything revelatory to the discussion, the chapters deal with 21st-century contexts such as slavery and homosexuality. It was not only a convincing read in terms of the evidence for Christianity and the apologetic for it, but it was also highly encouraging in the sense that it debunked the popular opinion that Christianity is in decline. Rebecca shows that the best evidence, from current and historical research, supports Christians claims as found in the Bible.

Windows of the Soul: Experiencing God in New Ways by Ken Gire

This book was initially out of my comfort zone but it made me think about how God’s speaks today. We’d all agree that the final authority is the Bible, but I hope we’d also all agree that God speaks in the every day too. Not in the same way as He has spoken in the Bible, and not with the same authority, but He speaks nonetheless. What this book did for me was to encourage to “join up” what is written in the Bible, with everyday life and learn to listen to His voice. That is still a work in process but I was grateful for the reminder.

The Crucifixion: Understanding the Death of Jesus Christ by Fleming Rutledge

For those not familiar with Fleming Rutledge, she is an American Anglican priest, author and theologian. Her main focus of theology is how biblical theology meets contemporary culture, current events and politics. Honestly, the first thing I had to do was get around the idea that I was reading someone from outside my own tradition and thinking. This was a book intended to challenge me .. and it did … for many reasons.

The positives are that Rutledge does deep in her examination and explanation of the cross of Christ. She is able to quote the church fathers, the reformers as well as more recent theologians. She then brings it all into a contemporary context.