The Frog in the Pan 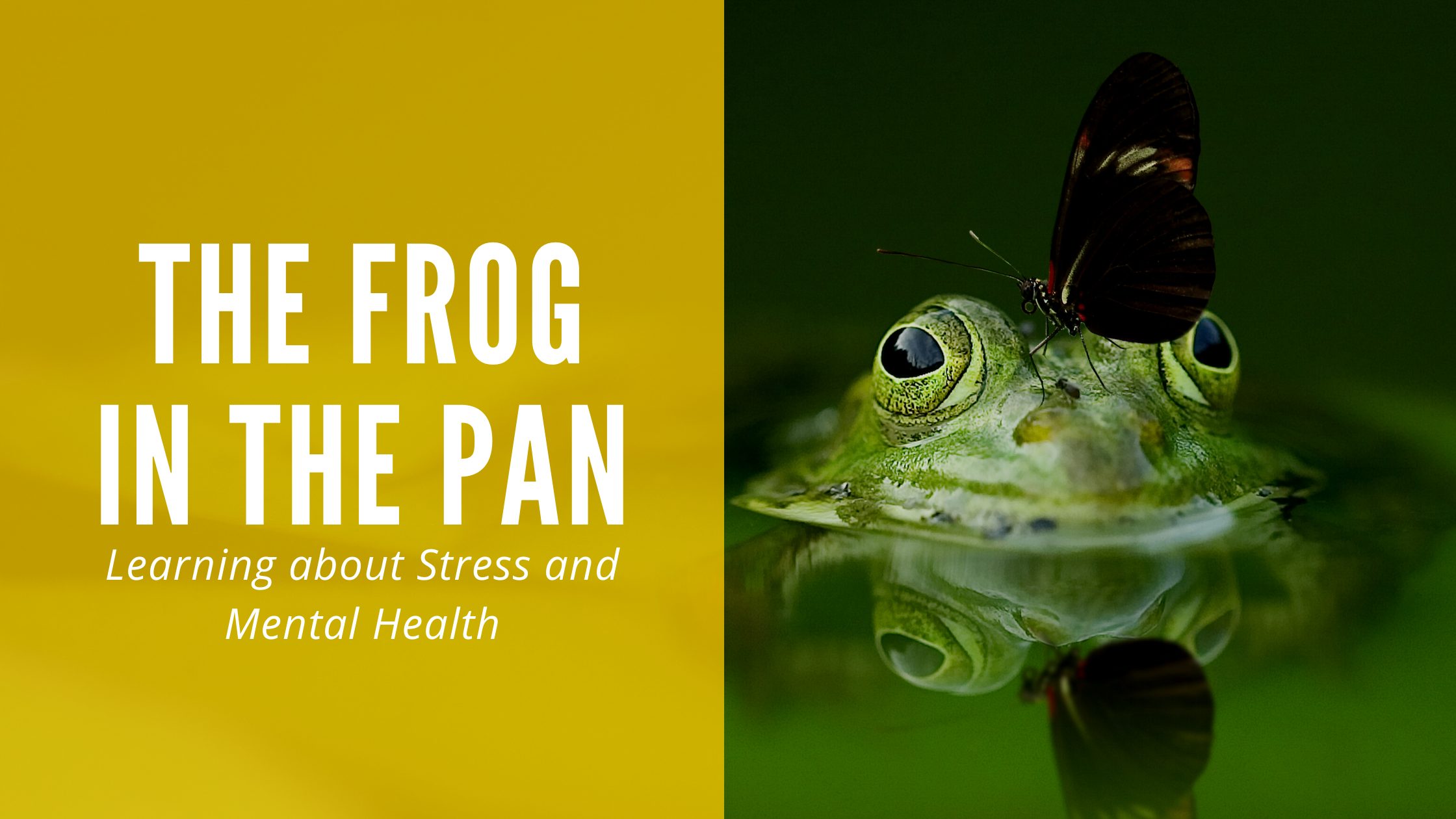 We all know the story of the frog in the pan of water:

Imagine a pot filled with cold water. A frog is quietly swimming in it. The fire is lit under that pot. Water starts warming up. Soon it becomes lukewarm. The frog finds this rather pleasant and keeps swimming. The temperature keeps rising. Water is now warm. It’s a little more than what the frog enjoys; it becomes a bit tired, but it doesn’t panic. Water is now really warm. The frog finds that unpleasant, but it has also become weak, by now, so the frog stands the heat as it can and does nothing. The temperature will thus keep rising up to the moment the frog will simply end up being cooked and die, without ever extracting itself from the pot. Plunged in a pot half-way through boiling temperature, the frog would immediately give a powerful and salutary push with its legs and find itself out of it.

Ever feel like the frog? Me neither until this week when I realised I was in a pot of boiling water. Short of a full-scale breakdown, those around me spoke some truth and told me to get some help.

It was incredibly humbling for a “fixer” to admit he needed “fixing”.

So incredibly humbling to realise that this rational, (almost) emotionless, independent problem solver was out of control. The heat had been turned up and although there had been signs of a problem (heart palpitations before Christmas) I dismissed these as tiredness as my body just adjusted to the temperature.

When I recall the story of the frog, I totally relate to it.

I have been carrying a lot on these shoulders for many years and lockdown 3 has not been kind.

What do I make of this? Well, you probably know, but I meet every Saturday morning to pray with other pastors from across the UK. I managed to share with them what I have been experiencing and one of them said “good …. God’s grace!” …. and I was like … “wait, what?”. …. and what he meant was that circumstances come into our lives at just the right moment because we need them. I hadn’t heeded the warnings so God says “ok, I’ll allow some of this to get to you .. just enough to make you slow down and stop and see … Me”.

As the psalmist says: “God is near to the brokenhearted and saves the crushed in spirit”