Our Greatest Threat to Democracy 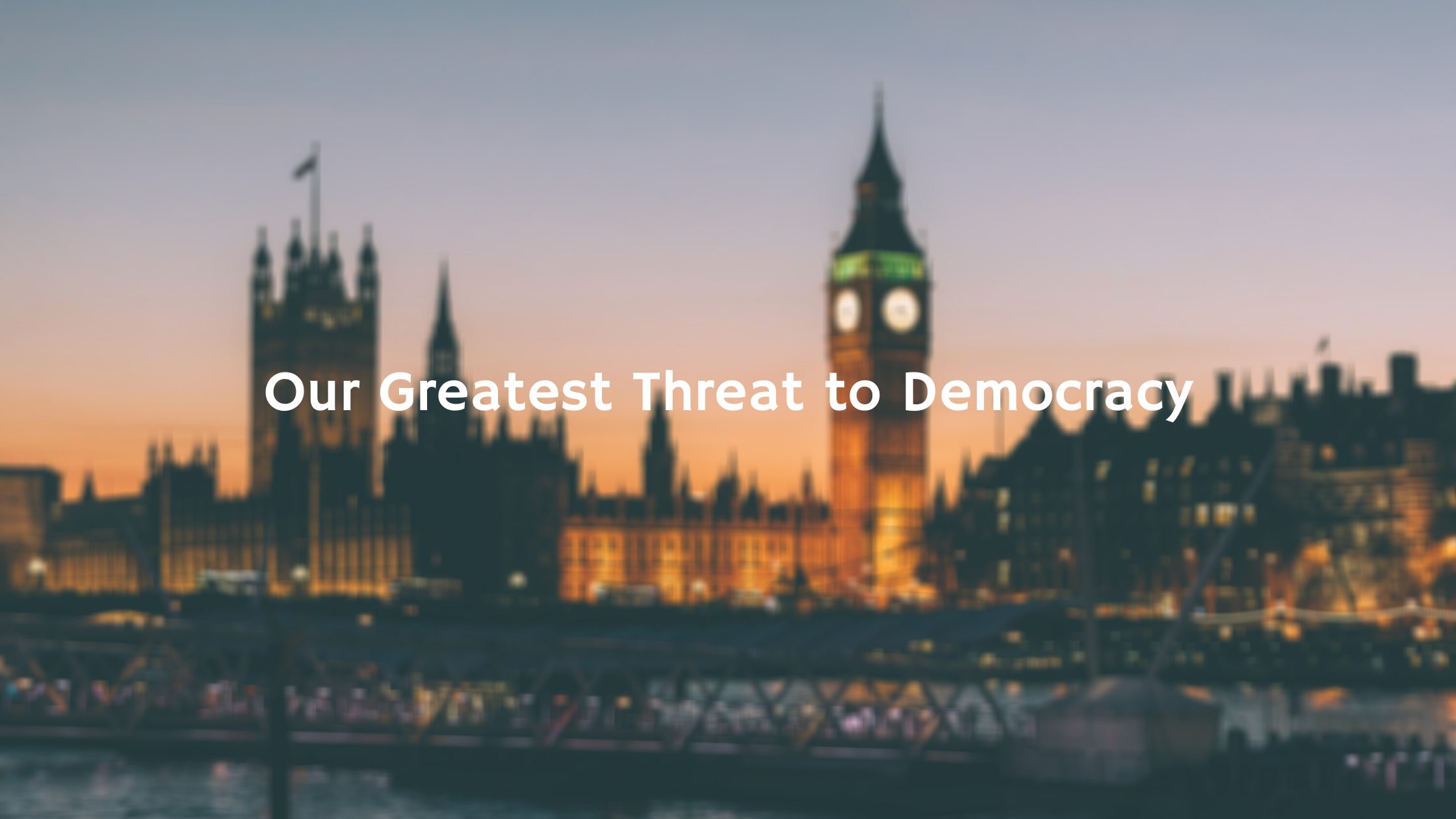 In light of the events on Capital Hill, and the wider lockdown implications in the UK, I started working on writing a brief post about democracy, the freedom of speech and the Biblical view. As I started to read around the issue it soon became evident that I felt more and more unqualified to write about things I really don’t know much about. So, forgive me if I miss some things here but I do want to comment on some thing that the news has been reporting recently and some things I’ve read on the web and twitter.

The first issue is what happened on Capital Hill. Extraorinary scenes and we do well to strongly oppose whoever was responsible (more on that later). However, I’m not going to write about that, but what the news and social media reported at the time.

Reuters News agency rightly reported that a photograph that was being widely shared on social media was fake and had been digitally altered to make it look like Antifa (the white supremacist group) had take responsibility for the events on Capital Hill. Here’s the photo: 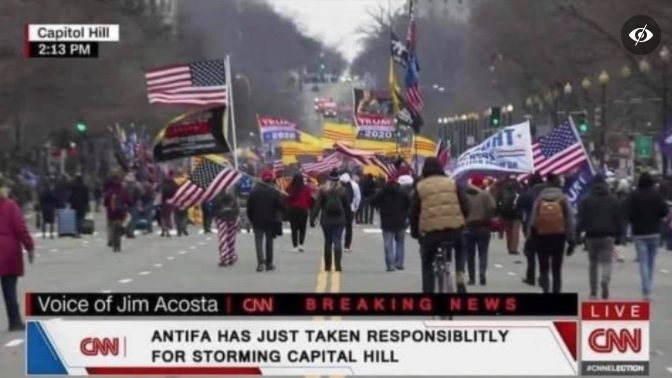 You can’t believe everything you see on social media. This was not reported by CNN but instead CNN reported that they were “pro-Trump rioters”. However, the big story of course was that US President Donald Trump seem (at least) to encourage this behaviour in a speech that he gave before the events tool place. Again we would probably all agree that someone in his position, with his responsibility,  seemingly promoting the storming of one of the highest government buildings in the country could be seen as promoting a coup. Even if we were to argue that his words were misplaced, we’d still all agree that the President of USA should go out of his way to ensure his words are clear and all for peaceful protest. Still, this was enough for Twitter CEO Jack Dorsey to pull the plug on the presidents twitter account. About this event, biblical cultural commentator David Robertson of the WeeFlea.com wrote:

In reality, the whole thing was more farce than revolution. This was no attempted coup. President Trump behaved in an appalling manner, hyping up his more eccentric conspiratorial supporters, with the result that some of them went beyond all decent norms, people were killed, and America was made a laughing stock. He should be held to account for his behaviour.

What he says next is cruicial to the debate

Despite all this though, Trump isn’t actually the greatest threat to democracy. Indeed the reaction to the event is a far greater threat to democracy than the event itself. And that is something that should greatly concern the Church, because we will inevitably be caught up in the backlash

The issue? The powerful corporations decided to mute the debate. Should Trump be held accountable? Yes. Should Pence have removed him from office? In my opinion, yes. Should he be allowed to continue his diatribe on Twitter? Again, in my opinion yes. Why? Because the best way to move a debate forward is to allow the debate.

What does the Bible command us to do when faced with differing opinions? Paul wrote in Romans 14:1 to not “quarrel over opinions”. He was fearful that the Galatian church had become enemies because of the debate (Galatians 4:16) but in his letter to young Timothy he pleased with him to continue the dialogue (2 Tim 2:24-26). As Christians we are not called to silence those with whom we disagree but to do what Jesus and Paul did and reason with them (Luke 2:39-52), Acts 17:2) all the while keeping our speech pure (Eph 4:29, Col 4:6).

Many people cheered a few year ago when stricter rules were applied to Imams who were preaching a more extreme version of Islam that could encourage their followers to commit crimes. Was that right? I think that anyone who encourages others to commit crimes needs to feel the weight of the law – not the weight of social media bans and being cancelled. If there is a case to answer fo President Trump or Franklin Graham – let them be arrested and tried. This is democracy. The silencing by large corporations on the basis of disaggreement should be condemned.

This issue of course is impacting Christianity. An example I just cited was the cancelling of Franklin Graham’s UK tour by the venues he was due to appear at. The reason for the cancellation are actually irrelevant and even though Pink News called him a “hate preacher” and the events “anti LGBT+” there is very little evidence, if any, that he falls into the same category as Anjem Choudary.

The concern is this: social media (fake news, digitally altered video, cancel culture) is allowing unelected individuals to dictate ethics and morality and what might be accepted today, might not be acceptable tomorrow. Indeed, British philosopher Peter Hitchens argues this case at the Oxford Union which well worth you time and effort to watch: