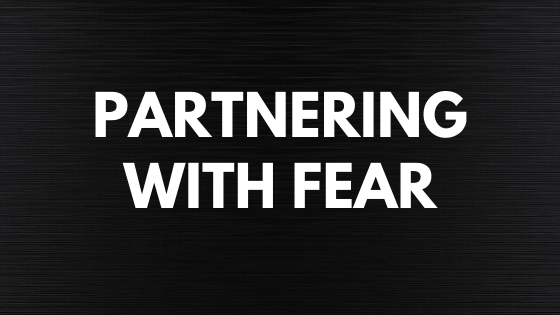 One of the devil’s tactics is fear.

When the 18th century revivalist George Whitefield called upon his friend John Wesley to take over his open-air preaching ministry, Wesley was suddenly struck with the impression that if he were to do so, he would die. Having sought divine guidance by randomly opening his Bible on four different occasions, the Scriptures seemed to confirm his impending death. But those fears proved to be nothing more than the work of the devil seeking to prevent him from entering into the work to which God had called him. It was actually through the acceptance of that invitation that John Wesley entered his evangelistic career, which lasted more than 40 years and resulted in the conversion of tens of thousands and the formation of the Methodist Church.

The enemy’s fear tactic is vividly seen in the story of Rabbi Leopold Cohn, a Hungarian Jew who through various circumstances came to believe that Jesus is the Messiah of Israel. When he received Christ, he realized that he needed to choose a day on which to make a public confession of his faith by being baptized. His story of the events that transpired on the day of his baptism amply illustrates the devil’s attempts to hinder God’s work in us through fear. The rabbi said:

Early that morning, about daybreak, I awakened with a shiver and it seemed as if someone spoke saying, “What are you doing today?”

I sprang out of bed and walked up and down the room like one suffering from high fever almost not knowing what I was doing. I had been anxiously waiting to be baptized as I was looking forward with joy to the time when I could publicly confess the Lord Jesus Christ before men. But now a sudden change came over me. The voice that was talking to me was that of the great enemy of mankind, though of course he was so sly that I could not perceive at the time that it was Satan.

Many questions were proposed to me rapidly one after another and perplexed me so that I felt ill mentally and physically. He questioned thus: “You are going to be baptized, aren’t you? Do you know that as soon as you take this step, you will be cut off from your wife whom you love so dearly? She can never live with you again. Do you realize that your four children whom you are so fond of will never call you Papa or look in your face again? Your brothers, sisters, and all your relatives will consider you dead and all their hearts will be broken forever.

“How can you be so cruel to your own flesh and blood? Your own people will despise and hate you more than ever before. You are cutting yourself off from your people. You have no friends in this world. You will be left alone to drift like a piece of timber on the ocean. What will become of your name, your reputation, your official position?”

These thoughts put to me in the form of the most audible questions by Satan, whom I, for the first time, met as a personal enemy, distressed and almost unbalanced my mind. I could not sleep, neither could I eat. My friend who was with me, noticing this, tried to strengthen and encourage me in every possible way, but nothing availed. I knelt down in prayer to God but the satanic delusion was as strong as before.

He continues his story by describing what happened when he conceded defeat to the enemy. Feeling mentally and physically sick, he went to inform the pastor that he would not be able to be baptized. About that same time, another pastor, namely Dr. Andrew Bonar, along with his congregation, felt impressed to pray for this man, knowing he was to be baptized that day. As they began to pray, suddenly the oppression lifted, and instead of cancelling his appointment, he was baptized and made his public confession of Christ, just as he had desired to do. Rabbi Cohn went on to become a powerful witness for the Lord, forming what became known as the American Board of Missions to the Jews. He led many of his fellow Israelites to faith in the Messiah, Jesus.

The devil threatens terrible things to those who want to obey God but that is all he can do because “greater is he that is in you, than he that is in the world” (1 John 4:4). Again, “If God is for us, who can be against us?” (Romans 8:31).

Don’t let the enemy keep you out of the will of God through fear. Remember, “God has not given us a spirit of fear, but of power and of love and of a sound mind” (2 Timothy 1:7). Our heavenly Father has our eternal best in mind. So yield to Him without fear.

The passage of Scripture that I always turn to when thinking about fear is Philippians 4:4-6 where both joy and anxiety collide.

Philippians 4:4–6 (ESV) — 4 Rejoice in the Lord always; again I will say, rejoice. 5 Let your reasonableness be known to everyone. The Lord is at hand; 6 do not be anxious about anything, but in everything by prayer and supplication with thanksgiving let your requests be made known to God.

I’ve written quite a lot in previous posts about fear and mental health. Click here for those … and here.

What happens when we are threatened with terrible consequences? We can either choose at that moment to turn to God in faith or take matters into our own hands. Taking matters into our own hands will either be displayed by one of two outcomes: we either choose to be a warrior or worrier – we can fight or flight. But the Christian there is another option – faith. This is what Paul is talking about in the passage above. It’s what Jesus spoke about when He said:

so the question is how? how do we go about doing that?

In other words, the way to be anxious about nothing is to be prayerful about everything. When we sense the red mist of anger or the hear the runaway footsteps of anxiety, at that moment, as a pattern of what we have been doing as a regular practice, we pray.

Practising turning to God in faith will keep you from flight or fight.

Let’s not partner with fear. God has given us to that. If we are fearful today know this, that hasn’t come from God.